Over the coming Easter 2016 period, thousands of Irish residents and foreign visitors are expected to retrace ancestral heritage as they take to Ireland’s ancient pilgrim paths to celebrate the inaugural National Pilgrim Paths Week. This Easter Festival will see a nationwide series of pilgrim walks taking place on Ireland’s medieval penitential trails. Knowledgeable local guides will lead each event, outline the story of the route and explain how medieval penitents coped with their arduous and often dangerous journeys. 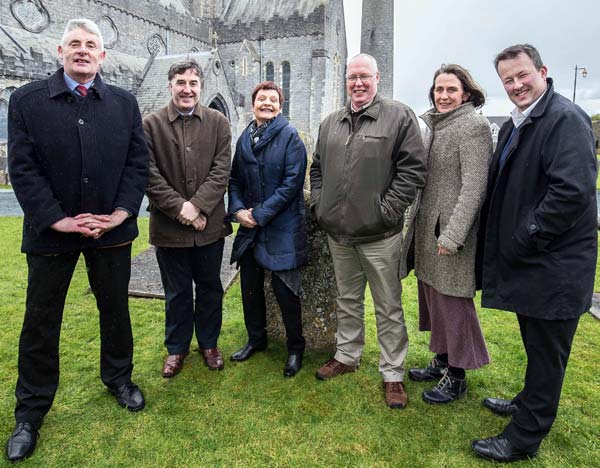 Speaking at the launch of the new festival, Chairman of Pilgrim Paths Ireland, Mr John G O’Dwyer stated; “National Pilgrim Paths Week was created to raise awareness and use of Ireland’s historic pilgrim routes. The event is targeted, not only at those who enjoy exploring Ireland’s ancient tracks, but also the growing number of people seeking to escape from the daily grind of life and take some time out to reflect and enjoy the outdoors.

The medieval pilgrimage was originally a journey combining prayer and sacrifice – with an element of physical discomfort – by which the pilgrim could become closer to God. In recent times, there has been a renewed interest in following the footsteps of pilgrims past and over the last number of years we in Pilgrim Paths Ireland have worked to develop these routes for the enjoyment of walkers and pilgrims alike.”

Upcoming Events In Tipperary
St. Declan’s Way: In Co Tipperary two pilgrim walks are planned for Holy Saturday, March 26th. Knockmealdown Active will retrace the footsteps of St. Declan over the scenic Knockmealdown Mountains on the border of Tipperary and Waterford. St. Declan’s Way is an ancient pilgrimage route linking the 5th century monastery of St. Declan in Ardmore, County Waterford with Cashel in County Tipperary. This event commences from Mount Melleray Abbey at 11:00am. For further information contact Kevin O’Donnell on Mobile (086) 354 1700.

Kilcommon Pilgrim Loop: On Kilcommon Pilgrim Loop the event will commence at 12:30 pm from Kilcommon Community Hall, with registration and a ‘Welcome Lecture’ by Fr. Dan Woods, P.P., (Kilcommon Parish), on the spiritual heritage of the walking route and the surrounding landscape. Further details available here by telephoning (062) 78103.

To find out more about these two events and the other nationwide series of walks for National Pilgrim Paths Week, go to website www.pilgrimpath.ie