The word ‘Village‘ in an Irish context always refers to a small clustered human settlement made up of dwelling houses and associated small business dwellings and always situated in a rural setting. A village (From the  Anglo-French word ‘vilage,’ meaning a manorial estate or farmstead) is usually larger than a Hamlet, yet smaller than a Town and rarely if ever refers to select suburban Shopping Centres, as are to be found in other countries. 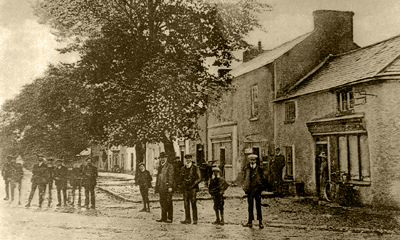 Few Hamlets as such exist in Ireland, since a Hamlet earns the right to be called a Village when it has erected a church and most villages in Ireland have established places for worship.

The typical Irish village consists of perhaps 10 to 50 families whose homes are today situated together for sociability, but in previous centuries these clustered settlement grew because of the need for defence against invading marauders, with the land surrounding their living quarters used mainly for agriculture.

It is in these small villages that tourists in the 21st century find the real soul and old rural values of today’s Ireland.

1 Response to Villages Of Tipperary