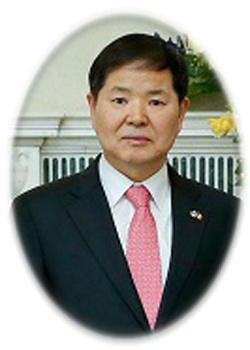 On November 10th next, it is expected that His Excellency the Korean Ambassador Mr Hae-Yun Park, will visit Thurles, making a public appearance at the Cathedral of the Assumption, Cathedral Steet, Thurles at 11:30am.

Amongst those to officially welcome the Ambassador will be His Grace Dr. Dermot Clifford Archbishop of Cashel and Emly, the Mayor of North Tipperary Co Council Councillor Mr Gerard Darcy, the Mayor of Thurles Councillor Mr Michael Grogan, the recently appointed Thurles Garda Superintendent Mr Gerard Delmar and Mr Martin Quinn latter the Tipperary Person of the Year 2013 and a member of the Tipperary International Peace Convention.

His Excellency the Korean Ambassador presented his Letter of Credence to Irish President Michael D.Higgins at Áras an Uachtaráin in late June of this year (Thursday 28th June).

A Guard of Honour was provided at Áras an Uachtaráin by the 1st Mechanised Infantry Company, Defence Forces Training Centre, The Curragh, Co. Kildare, under the command of Lieutenant Stephen Cunningham. The Ambassador were escorted to and from Áras an Uachtaráin by an Escort of Honour consisting of a motorcycle detachment drawn from the 2nd Cavalry Squadron, Cathal Brugha Barracks, Dublin, under the command of Lieutenant Fergal Reilly.

There have been a number of high-level visits by Irish Government officials made to Korea in the last ten years; notable among them were the current Taoiseach Enda Kenny in 1996, the former Taoiseach Bertie Ahern in 2000 and former President Mary McAleese in 2005.

Representatives of the Munhwa Broadcasting Corp (MBC) visited Thurles in June 2011 to making a two part film documentary for Korean broadcasting, based on the Irish Potato. The representatives, led by Miss Sunyoung Lee, Film Crew Coordinator, were met by George Willoughby latter a member of the Tipperary tourism group ‘Hidden Tipperary,’ before being shown points of interest within the Thurles area, including St. Mary’s Famine museum. The recorded programme was later broadcast on Korean T.V.

This entry was posted in County News. Bookmark the permalink.