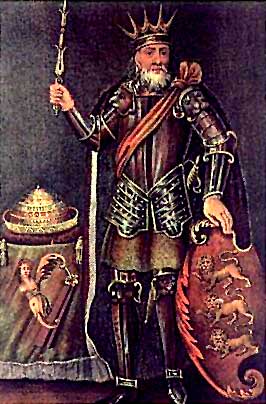 Historical sites in County Clare relating to the life and times of Brian Ború are now being promoted in a newly developed guide marking the 1000th anniversary of the death of the Last High King of Ireland, who was crowned in Cashel, here in Co Tipperary.

In the 10th century Brian Ború, one of the most influential and colourful characters in Irish history, was born in Killaloe, close to the Tipperary border, in Co. Clare. A member of a powerful Dalcassian tribe he went on to become High King of Ireland and ruled from his palace at Kincora in Killaloe. He died in 1014 after an emphatic victory over the Vikings in the Battle of Clontarf. His descendants became the mighty O’Brien clan – one of the greatest Gaelic clans and whose influence extends to this very day.

Other sites of interest include Magh Adhair, the place of inauguration of the O’Briens as Kings of Thomond; Scattery Island where Brian Ború attacked and killed the Viking King Ivar of Limerick in 975, Lemenagh Castle, the ancestral home of the O’Briens; Inis Cealtra (Holy Island), one of Ireland’s most famous monastic sites; and Doonbeg Castle, the site of a famous battle in 1595 between the Earl of Thomond and the McMahon Clan.

Speaking at the launch the 18th Baron Inchiquin, Conor O’Brien who is a direct descendent of Ború stated: “Brian Ború’s influence on Ireland’s political landscape is well known but his legacy is also evident throughout the physical landscape of County Clare with dozens of buildings linked to his fascinating story and that of his ancestors,” explained Lord O’Brien.

He added: “I am delighted with the production of this new guide which is the first of its kind produced for visitors in relation to an individual who is an indelible part of Clare /Tipperary and the island of Ireland’s history.”

The launch of the Brian Ború Trail coincides with a nationwide programme of commemorative festivals and events taking place during 2014. The programme features a series of commemorations in the four main locations with connections to the life and High Kingship of Ireland’s best known historical figure; namely Cashel, Co Tipperary, where Brian was crowned High King of Ireland, Killaloe/Ballina which was the seat of Brian’s High Kingship of Ireland (1001-1014 AD), Clontarf where Brian was killed following his victory over the Viking rulers of Dublin at the Battle of Clontarf, and the City of Armagh where Brian is buried.

Welcoming the new tourist guide, Mayor of Clare Councillor Joe Arkins stated: “From a Clare County Council perspective, significant effort has been undertaken to ensure that the Brian Ború millennial anniversary is established as an important cultural and tourism activity which lays the platform for further cultural and tourism development in future years. This Guide will serve as a useful tool for promoting Brian Ború’s close links with County Clare, and in doing so help to promote other sites of interest in Clontarf, Armagh and Cashel, latter in Tipperary.”

Produced by the Brian Ború 2014 Steering Group, the Brian Ború Trail guide is available at tourist offices, as well as at the County’s libraries and Council area offices. Thousands of copies of the new guide are also being distributed to visitor attractions and accommodation providers throughout Clare.

This entry was posted in County News, History, Uncategorized. Bookmark the permalink.