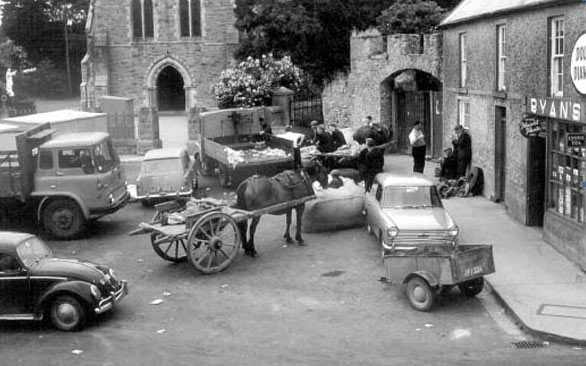 The next welcome guest speaker at the Borrisoleigh Historical Society’s monthly series of lectures will be Borrisoleigh native, Mr Gerry Kearney.

Gerry will lecture those in attendance on some of the personalities of our past history, who for various reasons are now conveniently erased. History is generally written by the victors, and narratives are mostly handed down from their perspectives, thus the input and contributions made by many are often never fully recognised or worse still, deliberately and conveniently excluded.

From War of Independence, the Civil War and many other momentous and defining events that have happened since then, people, whose contributions were more more than significant, are either totally unknown or alas, largely forgotten in the fading mists of time.

Gerry, who is a senior civil servant, based in Dublin, has for many years studied these, now, somewhat hazy events and the people involved. He will identify to those assembled who these forgotten people are; the reasons for their often exclusion; the politics and petty jealousies that caused this event to happen and shine a light on the lesser known, yet hugely significant happenings that have contributed enormously towards the making of our country.

The lecture will commence at 8.00pm sharp, on Monday next January 25th in the Community Centre, Borrisoleigh, Thurles, Co. Tipperary.

She is sorry to have to relate to our readers that the societies monthly ‘Lecture Series’, which this month was to feature, Mr Gerry Kearney has to be temporally postponed.

Due to unforeseen circumstances, the event, which was fixed for Monday night January 25th 2016 in the Community Hall, Borrisoleigh, will now instead take place on February 22nd, 2016.

Delia apologises to all our readers for any inconvenience this cancellation may have caused.

This entry was posted in County News, History. Bookmark the permalink.