A new comedy stage play, “When Are You Going Back”, will get it’s first public showing in Upperchurch next weekend, with performances on Friday 18th and Saturday 19th at 8.00 pm each night. The play was written by American Gerry Britt, whose ancestors came from Drombane, and will be performed by the local ‘Upland Players’. 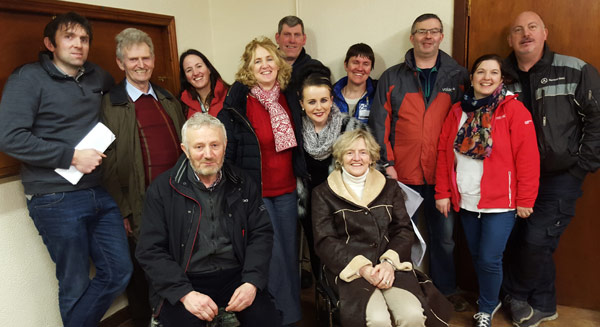 The story describes the adventures of a naive American tourist who arrives in Upperchurch to trace his roots. The main local centre of activity, Fogarty’s pub, is run by two sisters. The husband of one of them is somewhat under pressure running the business and things get very difficult following visits from the ‘Tax Man’ and a ‘Smoking Inspector’ who are both trying to close the pub. The American is unwittingly caught up in the crisis. An array of local characters and customers with locally familiar traits contribute to the whole confusion.

While the play is primarily a comedy it is interesting to see the whole local pub culture and aspects of rural life through the eyes of a visitor. The problems facing country pubs at present are also adequately demonstrated.