Some 100 images from around Co. Tipperary, including images from Thurles and Holycross, have now been uploaded to the recently launched and redesigned Dúchas (Translated into English meaning ‘Heritage’) Website. These images can be viewed and indeed downloaded from HERE. 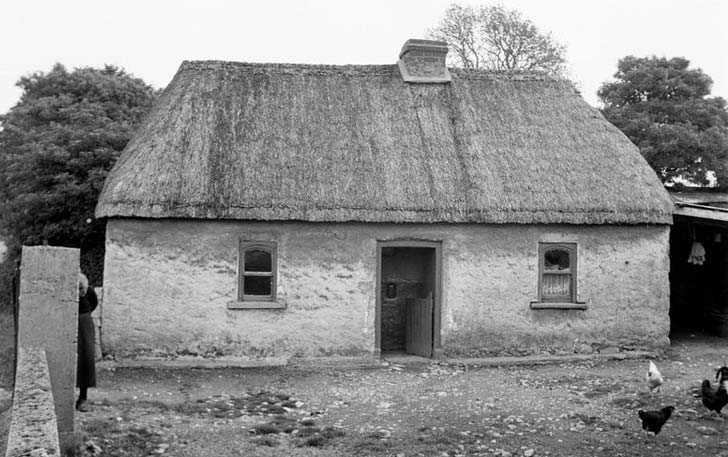 Date: 1945. House Location: Thurles, Co. Tipperary. Photograph: Courtesy Caoimhín Ó Danachair. So who is the woman hiding behind the pillar to the left of the dwelling and where was the house once locally situated? Do you recognize it? We would love to know.

This digitized version of the National Folklore Photographic Collection was launched at the National Library by the Minister of State with responsibility for Gaeilge, Gaeltacht and the Islands, Mr Joe McHugh.

This photographic collection remains the latest supplementary source to be uploaded to the Dúchas website, where, in all some 10,000 photographs having been digitized, catalogued and now made available to the Irish people and the Irish diaspora.

Possibly the largest number of the photographs featured, date from the early 20th century, taken by professional photographers and those working with the National Folklore Commission, and others.

Current surfers of the Dúchas website can be tracked to locations in the USA, Australia, Canada, and the British Isles, most anxious to trace and research local history and native folklore provided, from almost every parish in Ireland.

This entry was posted in County News, History, Tourism, Uncategorized. Bookmark the permalink.