Thurles Co Tipperary Is European Town Of Sport For 2012

Thurles, Co Tipperary has been awarded European Town of Sport for 2012. The news was conveyed to Thurles Mayor, Mr John Kennedy, in a communication received by him yesterday, from ACES: European Capital of Sport Association.

The communication reads as follows:-

My Dear Mayor Kennedy,
Firstly we would like to thank you for the warm welcome and hospitality that we received during our visit to Thurles.

The inspection team were delighted to witness the huge range of sports offered to the people of Thurles, there truly is something for everyone to engage in 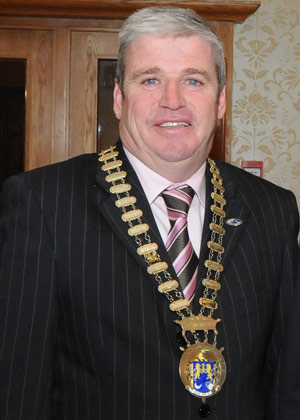 and get active. We also noted the important role played by volunteers in the delivery of sport for the community and it is fair to say that the people of Thurles should be delighted that they have such active citizens delivering for them.
We also noted the excellent local sports partnership working, and the role it plays in promoting sport and participation by those who are unrepresented or marginalised and the promotion of the sport and physical activity at schools.

The facilities that we, the inspection team, saw were also very impressive, particularly for a small town and many a city would be proud to boast of such a portfolio.

The history and links with the Gaelic Athletic Association, in Thurles is tremendous and the fact that a 50,000 capacity stadium is here is testament to a long heritage of sporting tradition. To borrow an old sporting quote,” Thurles does indeed punch above its weight.”

To conclude, it therefore gives us great pleasure to award Thurles the European Town of Sport for 2012.

Mayor Kennedy will now travel to an award ceremony in the European Parliament in Brussels on November 30th next, to receive the award on behalf of the people of Thurles.

Hidden Tipperary would like to congratulate and thank Mayor Kennedy for his tremendous work in supporting this achievement.

The Objective of the European Capital of Sports Award is an ethical commitment, conscious of the social function that sport has as linking factor between the physical well being of individuals, the general improvement in their quality of life and the harmonious integration of society.

The European Town of Sports Award is an incentive for local administrations and their sport departments to fulfil a fundamental and decisive role in the making of the fabric that contributes to improving the general level of health of the inhabitants in a country, through the culture of healthy and physical exercise.