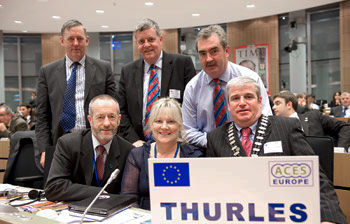 Speaking about the significance of the award for Thurles, Mr Brian Keating, Shannon Development’s Regional Manager for Tipperary and Offaly stated: “We are delighted to be the first town in Ireland to be awarded the title of European Town of Sport for 2012, following a successful submission from Shannon Development, North Tipperary County Council, LIT Tipperary and North Tipperary Sports Partnership. This award comes at a time when Limerick’s reign as a European City of Sport 2011 draws to a close.”

A county steering group will now be put in place to construct a programme of events for the coming year to celebrate this European recognition. It is estimated that properly promoted, sports events in the Shannon Region could generate an estimated €70m in revenue this year.